Silly Boy Productions Ltd, an award-winning Computer Animation company, was created in May 2005 to animate the works of Hal Lever. 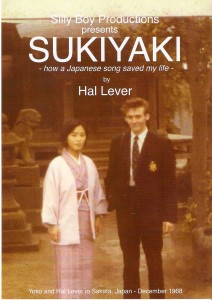 Hal taught himself Computer Animation over a period of seven years as a form of expression and spent time training at Maxon’s training offices at Greenfields, Beds. and also attended a course in San Jose, California.

The two leading works of Silly Boy Productions Ltd are:

“The Strand”  a ten minute film which won the Sefton Short Film Festival in 2005.

Century.  The completed script is presently in it’s pre-production stage with a view to making a number of sequels or a TV series.

How To Believe in Yourself and How To Be Confident

After my devastating accident it would have been easy for me to settle back in a chair for the rest of my life but I'm not like that and neither are you. My Talks:- How To Believe in Yourself and How To Be Confident - will teach you that the only way is up. I am available for talk bookings soon.